Responsible for this content
Rhön GmbH Verified partner  Explorers Choice
The certified Extratour promises premium hiking at its finest, which takes us to the highlights of our cultural landscape, which is unique in Germany.
moderate
Distance 14.8 km
Duration4:00 h
Ascent343 m
Descent343 m
Where do we start in the largest nature reserve in Bavaria outside the Alps? Let's start at the Schornhecke hiking car park. We meander through the nature reserve Lange Rhön on narrow paths. Please show your appreciation for this highly sensitive living space. It is home to many rare animals and plants such as B. the meadow breeder, the black grouse or the corn corn.

Could it be that an orchid is blooming here? In fact, numerous protected plants grow on the nationally important Rhön mountain meadows, such as arnica or even orchid species. We support the sensitive, permanent cultivation by staying on the paths.

We enjoy great views of the land of the open distance, among other things. in the Schwabenhimmel am Heidelstein (there you will also find a memorial of the Rhön Klub) and at the “Steinerner Haus” on the Basaltsee.

Hiking with a chauffeur? Use the Hochrhönbus with its many stops from May to October! (www.hochrhoenbus.de)

We ask all active nature sports enthusiasts to show consideration for one another. The same applies of course to nature - it is worth protecting. In the Rhön, therefore, nature sports should only be practiced in daylight on designated paths and areas.

all notes on protected areas

The Extratour Hochrhöntour is only connected to the local public transport network via a bus line - the Hochrhönbus.

The bus runs from the end of May to the end of October. From Monday to Friday, the Schornhecke stop can only be reached as an on-call bus stop. It is a regular bus stop on weekends and public holidays.

The starting point of the Extratour can be reached via two motorways.

Coming from the north, you can also take the A7 at exit 92 Fulda-Mitte. Here you drive in the direction of Hilders. At the T-junction in Batten, turn off towards Ehrenberg. From Wüstensachsen, follow the signs for Hochrhönstrasse and reach the Schornhecke car park on the ridge.

The Extratour can also be approached via the A71. The motorway is left at exit 24 Mellrichstadt. On the B285 you drive to Nordheim. From here you can reach Hochrhönstraße via Oberelsbach on the St2289 and St2286. On the plateau you cross the Hochrhönstraße in the direction of Ehrenberg. Shortly afterwards, the parking lot is on both sides of the street.

Book recommendation by the author

These suggestions were created automatically.

Would you like to the ask the author a question? 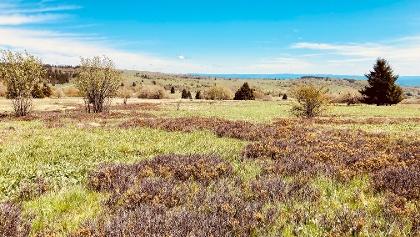 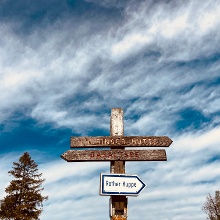 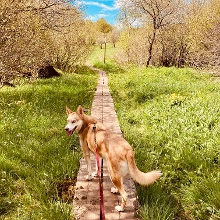 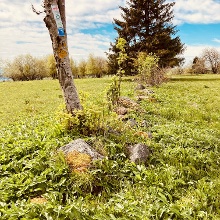